The team also coordinates tribal training for BPA employees to promote better understanding of how to effectively work with its tribal partners.


We asked them to tell us a few things about their work.

What is this team’s biggest priority?
The Tribal Affairs team’s biggest priority is to help BPA achieve its mission while fulfilling the agency's federal tribal trust responsibility and government-to-government consultation requirements as defined by federal laws, treaties, executive orders and policies, including BPA's Tribal Policy. We do this by building positive working relationships with the federally recognized tribes in its service territory, and by helping BPA understand how to effectively work with them.

If the Tribal Affairs team had a superpower, what would it be?
Bilocation! It’s about 1,000 miles from the Makah Tribe in northwest Washington to the Northwestern Band of Shoshone in Utah, and from the Blackfeet tribe in Montana to the Smith River Rancheria in California. And on any given day we could be working with all four, and likely with the tribes positioned in between. Phone and email are great, but when it comes to building relations with BPA’s tribal partners and really understanding their perspective, there’s nothing like face-to-face interaction. There are definitely days when the power of bilocation would come in very useful!

Safety is a core value at BPA. How does the Tribal Affairs team incorporate safe behavior into work group practices and environment?
Tribal Affairs takes safety seriously. Our work takes place in both an office environment and in the field – whether it is traveling to tribal government offices for meetings or at a project site. We strive to do simple things that can help us stay safe. For example, we “take 2” for safety at the beginning of each staff meeting which helps us practice and make a habit of scanning for potential safety hazards. When traveling, we check the weather report, practice GOAL — get out and look — before backing up a vehicle and we follow traffic laws. Small actions can prevent safety incidents.

Share a memorable story about a time the Tribal Affairs team supported a client or colleague. What made it interesting and unique?
The Big Eddy-Knight 500kV transmission line project, 2010–2016. This major transmission construction project involved building a new transmission line from Big Eddy Substation in The Dalles, Oregon, to a new substation outside Goldendale, Washington. For our tribal partners it was a very challenging and controversial project. The line crossed the Columbia River near the site of now-submerged Celilo Falls, which remains a very precious and important cultural site for tribes in the region. The construction methods for our proposed transmission tower on the Washington side called for blasting; the Yakama Nation was extremely concerned about the potential for damage to sensitive, irreplaceable cultural resources and Tribal Council expressed their strong opposition to the project.

BPA’s project team went to work to identify and implement ways to minimize the potential impact of construction on these cultural resources. They shifted the tower location as far as technically possible away from the site and deployed a giant drill rig to dig through solid rock for the tower’s four foundation holes. They put in place a series of strict control measures to limit the boundaries of the work area. In the end, working jointly with the Yakama Nation Cultural Resources Program, we were able to protect the nearby cultural resources. While the work was underway, a group of Yakama leaders spent an entire day visiting the construction site, essentially to audit whether BPA and its construction contractor were following all the protective measures agreed upon.

While onsite, three of the leaders broke off, exited the construction site and held an extended blessing ceremony on a narrow ridge overlooking the work area and the cultural site we had all worked so diligently to protect. The tribal leaders dedicated a song and a prayer of thanks for the continued safety of the cultural resources and also for the safety and success of everyone working on the project. This gracious response was truly a once-in-a-career event and I felt honored to be a member of the project team. I realized how fortunate I am to work with an organization which truly values its relationships with tribal partners, and takes its Federal Trust responsibility so seriously. 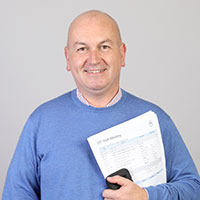 As part of a transmission project, I was able to facilitate a tribal elder visit to an area where as a boy, 80 years before, his mother had taught him how to identify and gather edible and medicinal roots and plants; he had not been able to get back since. BPA made it happen, and showed the potential we have as an organization to safeguard, protect and serve our region’s amazing cultural history and diversity. Brian O’Donnchadha, Tribal Account Executive

I like that I have the opportunity to interface with many workgroups here at BPA and with tribal governments across the region. Every day I get to learn something new!