Hydropower delivers clean power to over 60% of the people in the Pacific Northwest. It accounts for 90% of renewable energy in the region and helps to reliably integrate new intermittent renewables, like solar and wind, into the grid.

Hydroelectric dams in the Northwest produce more electricity than any other North American river system. The Federal Columbia River Power System delivers hydropower at cost, primarily to public preference customers across the Northwest. The FCRPS is a collaborative operation among BPA as the power marketer, and the U.S. Army Corps of Engineers and Bureau of Reclamation as the plant operators. 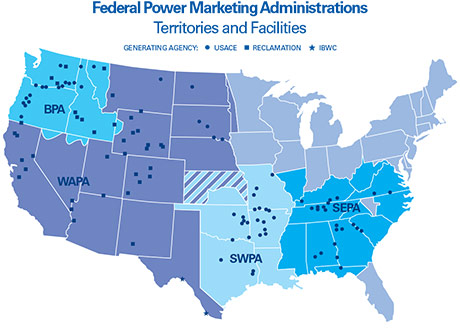 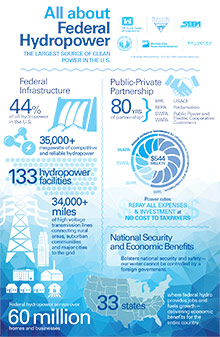 Together, these agencies deliver more than 44% of the nation’s hydropower via 133 federal hydropower facilities and 34,000 miles of federal high-voltage transmission lines. The energy generated and delivered serves more than 60 million homes and businesses, or approximately 150 million people, in 33 states. This ongoing effort will look for improvements to ensure these agencies continue to deliver reliable hydropower at the best value for the nation’s energy consumers.

For more information on this effort, email pmaliaisons@bpa.gov. 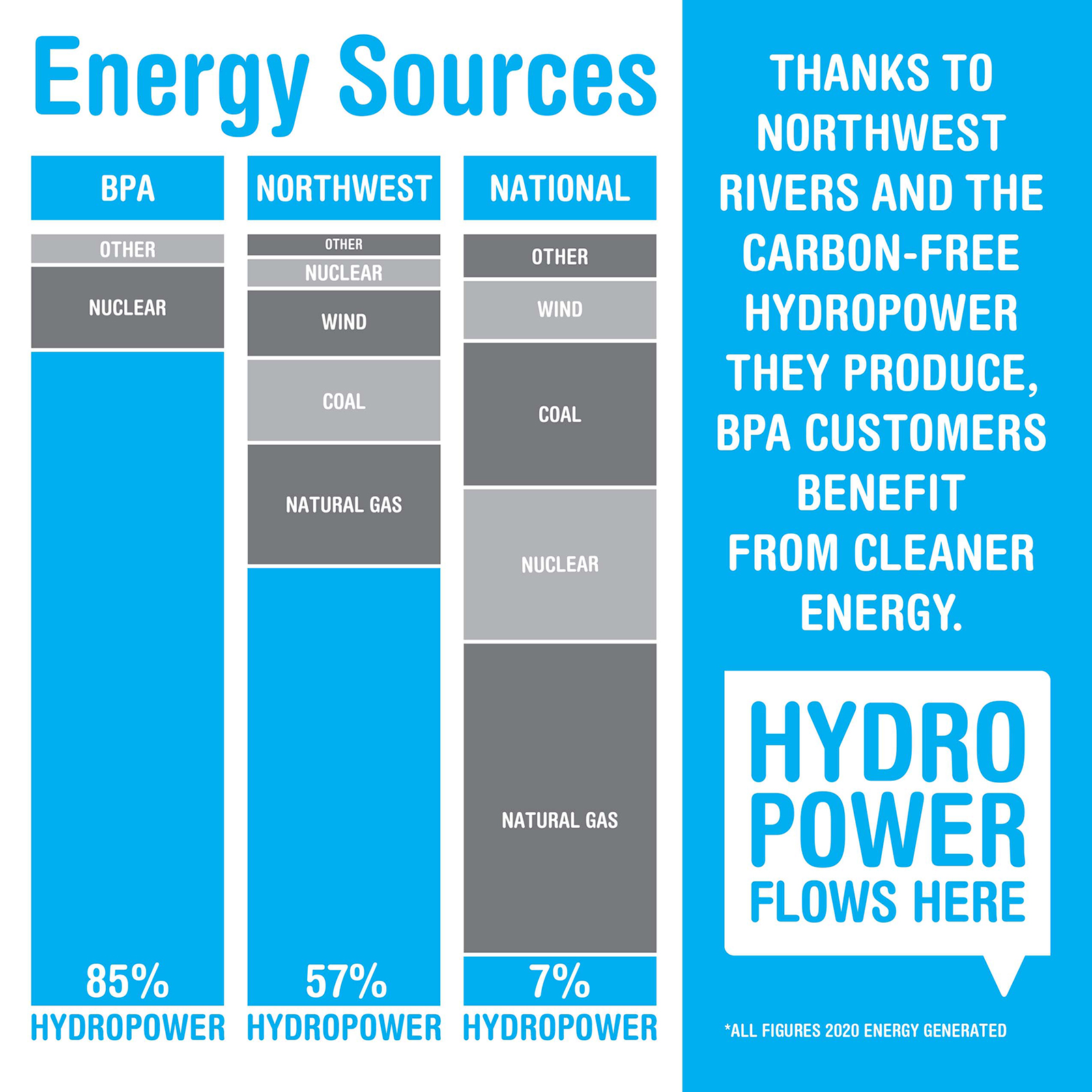 Click below to see the BPA fuel mix percent summary by year:

Earlier this year, BPA engaged electric industry research firm Energy and Environmental Economics (E3) to build on the analysis performed in the Columbia River System Operations (CRSO) Environmental Impact Statement (EIS) regarding replacement resources and costs associated with a scenario where the four lower Snake River dams may be breached in the future.

The objective of the current analysis is to provide BPA with an independent study of lower Snake River dam breaching and potential replacement resources from a realistic analytic, operational, and resource characteristic perspective, so that BPA can enhance its understanding of the complexity and expense involved in replacing those assets.

Earthjustice, an organization representing several entities in the American Rivers v. BPA and NWF v. NMFS litigation, recently submitted a list of questions regarding the E3 analysis. Those questions and BPA’s responses are posted below:

BPA also provided answers to additional questions from interested entities regarding its ongoing analysis of potential replacement resources for the services provided by the four lower Snake River dams.