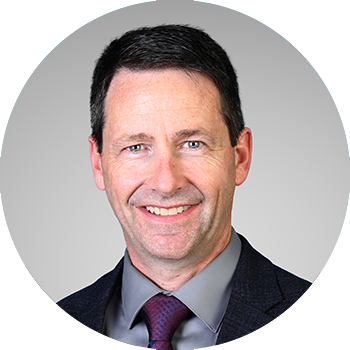 Scott Armentrout became the executive vice president of Environment, Fish and Wildlife in October 2018. He manages the environmental compliance component of BPA’s transmission and power sales businesses, as well as BPA’s fish and wildlife obligations under the Northwest Power Act.

With 30 years of experience, Armentrout came to BPA from the U.S. Forest Service in Montrose, Colorado, where he served as forest supervisor over the Grand Mesa, Uncompahgre and Gunnison National Forests. These forests comprise 2.9 million acres, and together make up the largest national forest in the Rocky Mountain Region. Before serving in that role, Armentrout held positions across the West, including serving as a district ranger in the Medicine Bow-Routt National Forests and Thunder Basin National Grassland. He also worked in Washington, D.C. as the Assistant National Wildlife Program Manager for the Forest Service.

Armentrout grew up in the Pacific Northwest. He graduated from Hillsboro High School in Hillsboro, Oregon, and earned a bachelor’s degree in wildlife science from Oregon State University in 1989. He and his wife, Lisa, have two adult children. Armentrout’s hobbies include hunting, fishing, hiking and spending time with his family.