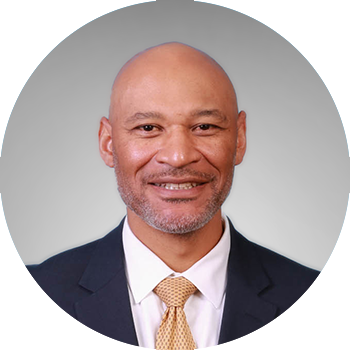 John Hairston was named administrator and CEO in January 2021. In this role, he is responsible for managing the nonprofit federal agency that markets carbon-free power from Columbia River hydroelectric dams and the region's one nuclear plant. BPA also operates most of the high-voltage power grid across the Pacific Northwest, distributing renewable energy to the region and beyond. Hairston, who joined BPA in 1991, served as acting administrator since September 2020. Previously, he served as chief operating officer since October 2019, where he oversaw Power Services; Transmission Services; Environment, Fish and Wildlife; Customer Support Services; and the Business Transformation Office.
Hairston also served as BPA’s chief administrative officer, beginning in June 2015. In this role he provided policy and strategic guidance concerning BPA’s internal operations and oversaw Safety; Human Capital Management; Security and Continuity of Operations; Supply Chain; Workplace Services and Information Technology.   In 2006, Hairston was named BPA’s chief compliance officer, leading the development and implementation of the Agency Compliance and Governance Organization, providing overall coordination and management of systems and processes established to assure agency compliance with regulatory rules and standards.
Hairston began his career at BPA as an economist in the Rates Forecasting and Rate Design organizations and then performed various positions in Energy Efficiency, including the program manager for Peak Load Management. In 2002, Hairston was assigned to implement and manage the BPA Power Services product, Slice. The Slice product accounts for a sizeable portion of BPA’s annual sales with a portfolio of its largest public customers.
Hairston holds a bachelor’s degree in economics from The Southern University, a master’s degree in Urban Studies from Portland State University and a Juris Doctorate from the Lewis & Clark Northwestern School of Law. He also holds the certification of Compliance and Ethics Professional from the Society of Corporate Compliance and Ethics.